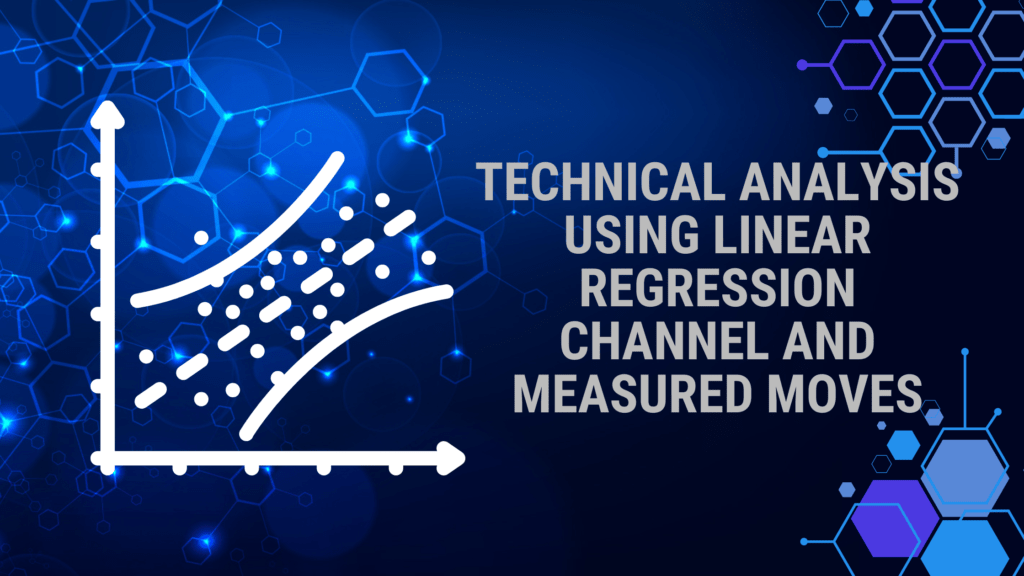 In the trading world, an overwhelming consensus exists among traders that price action on a trading chart reflects all market variables. So, if charts contain all the available market variables, traders need to work on analyzing price action and developing strategies for attempting to predict future price movement. However, carrying out such a task will take work because a trader needs to learn about various technical indicators, price patterns, etc. This article will review a highly effective trading indicator and examine the concept of measured moves. So, let us start with the indicator.

The Linear Regression Channel represents a three-line technical indicator. It analyzes the upper and lower limits of an ongoing trend. As a statistical tool, the Linear Regression Channel tries to predict future price movement from historical data. Its primary purpose consists of figuring out overbought and oversold zones and identifying potential buy and sell signals based on price volatility.

Traders can use the Linear Regression Channel Indicator in different ways. As you have learned, the Linear Regression Line means the midpoint of the trend. So traders consider the trend bullish when the price moves above this line. Conversely, the trend takes on a bearish outlook when the price falls below this line. So, using this simple interpretation, one way to trade involves looking at the current price action relative to the regression line, above or below.

These represent two of the most straightforward trading strategies you can adopt using the Linear Regression Channel Indicator. However, trading requires learning a lot more before diving into these concepts. One of the most important things to understand involves the concept of Measured Moves. Traders can use measured moves as a way to analyze the trend direction. And if you can understand the trend direction, the trading results will become more fruitful using the linear regression channel or any other indicator. So let us quickly dive into the concept of measured moves.

So by just analyzing the bullish and bearish measured moves, you can determine the trend direction. Knowing the trend direction will help you trade confidentially with any indicator, including the Linear Regression Channel. For example, if you identify a bullish measured move, you should also have a bullish regression channel to place a buy trade. Likewise, if you identify a bearish calculated move, the regression channel should also look bearish to take a sell entry.

Technical Analysis to the Forex Market: A Practical Guide

The Power of Technical Indicators in the Forex Market

To Learn More About Our Other Products and Services.

Manage your privacy
To provide the best experiences, we use technologies like cookies to store and/or access device information. Consenting to these technologies will allow us to process data such as browsing behavior or unique IDs on this site. Not consenting or withdrawing consent, may adversely affect certain features and functions.
Manage options Manage services Manage vendors Read more about these purposes
Manage options
{title} {title} {title}